Everybody’s been raving about Croatia lately.

Locations like Dubrovnik, Hvar, and Plitvice Lakes seem to be the top destinations on every itinerary. But the small, charming hilltop towns in Istria, Croatia? Not so much.

Located in the northwest corner of Croatia, the Istrian Peninsula is a fairytale-like region with a strong Italian heritage. With darling towns and medieval villages scattered throughout rolling hills, Istria is a stunning hidden gem.

If you plan to visit Croatia, be sure to add a few of these fairytale towns in Istria Croatia to your itinerary – I promise you won’t regret it!

With only 30 inhabitants, Hum is formally recognized as the smallest town in the world. This tiny village is only 100 meters long and 30 meters wide, but holds an incredible amount of history.

Legend has it that this miniature town was created by accident! The giants that built Istria happened to have a few stones left over, and decided to use them to build Hum!

Hum is the perfect place for admiring Istrian cultural heritage, with its stone streets, squares, church, and beautifully preserved fortress walls. The area surrounding Hum, and nearby villages, are heaven for explorers and nature lovers.

Perched on top of a 151 meter-high-hill, the tranquil village of Buzet is widely known as the Town of Truffles.

While there isn’t usually much going on in the sleepy town of Buzet, the biggest celebration takes place in September in honor of the Virgin Mary’s birthday. The townspeople pay tribute to the saint by making a massive truffle-filled omelet in the middle of the town square.

The best time to visit Buzet is in the fall when truffle season is in full force. One unique activity to consider when visiting Buzet is truffle hunting with a local.

Resting on a hilltop above a former fishing village, Labin is a gorgeous stop for enjoying an espresso on an Italian-style terrace.

The labyrinth of winding cobblestone streets captivate visitors with each footstep. Tiny twisting alleyways lined with colorful houses will lead you past countless galleries and workshops of local artists.

Just 5km southeast of the town, the small coastal town of Rabac is also worth checking out. Situated on a beautiful pebbled cove lined with expanding upscale resorts, this destination on the rise has some of the best swimming spots in the area.

The sweet town of Bale (or Valle, in Italian) lies halfway between Rovinj and Pula. Like many towns in Istria Croatia that were, at one time, under the influence of Italy, Bale officially has two languages: Croatian and Italian.

This historic village is located at 140m above sea level on a hill surrounded by vineyards and olive groves. The narrow and cobblestoned streets of the town wind around a 15th-century castle, once owned by the Bembo Family.

Peer around nearly any picturesque corner in this town, and you’ll find ateliers selling beautifully handcrafted wares. You will also stumble upon a shop or two offering locally made olive oil, and you might even score a tasting!

In addition to olive oil, the region of Istria also produces some of the best wine in Croatia! No trip to the Istrian peninsula is complete without sampling the local wine. There are two wineries near Bale that are worth checking out: San Tomasso Winery and Meneghetti Winery.

Mysterious and medieval, the town of Momjan enchants visitors with its rich history.

Evidence of this Istrian village dates all the way back to 1035! In the 13th century, Momjan castle was constructed, complete with four towers and a drawbridge. Only one of the towers remains intact today, together with the city walls.

In addition to its incredible past, Momjan is also an important location on the maps of wine connoisseurs. The area’s climate is especially ideal for the cultivation of grapes and has even been dubbed the Empire of Muskat (Moscato in Italian) wine.

The local vineyards and winegrowers proudly produce this liquid gold that is well known and appreciated in both Italy and Austria. Perhaps the most famous winery in Istria, and producer of Muskat Wine, is Kozlovic Winery.

Other places close to Momjan that are worth visiting include Konoba Stari Podrum and San Servolo Brewery, where you can book a tasting of the first Istrian craft beer.

Moscenicka Draga, a small coastal town near Opatija, is like Croatia’s very own miniature Italian Riviera.

This lovable beach town features a gorgeous pebbly beach and a romantic promenade. Sitting just above the popular beach is the breathtaking hilltop village of Moscenice.

The fortified old town is like a gateway into the past, where visitors can discover how people lived in this area hundreds of years ago. While Moscenice is pretty quiet, it is lovely to explore while enjoying the gorgeous birds-eye-view of the sea.

Fazana is a scenic fishing village near the town of Pula and is often frequented by tourists passing through to catch the ferry to the Brijuni Islands.

However, this picturesque seaside hamlet is deserving of a visit even if it is only to savor the local dishes!

This town is known for its sardines in particular. So much so, that there is even a festival dedicated to them every August.

For a true taste of this favorite local delicacy, head to Konoba Batana right on the waterfront and order them the traditional way – grilled and doused in olive oil.

Not far from the center of town is Alla Beccaccia, a rustic restaurant where you won’t find a menu. Rather, the owner of the tavern joins guests at their table and tells them you what they’re serving that particular day. At Alla Beccaccia, you can expect extraordinary Istrian cuisine including local specialties like Fiorentina steak, homemade pasta with truffle oil, and divine prosciutto and cheeses.

Situated near the town of Hum lies Kotle, a tiny village that has maintained its present-day appearance since the 18th century.

Complete with 15 houses and an amazing landscape, Kotle is worth a stop on a road trip through Istria. The River Rečina tumbles through the village, creating an incredible series of waterfalls and forming hollow pools in the ground.

These significant pools are actually how the village got its name – Kotle means hollow.

The best time to visit Kotle is in the autumn, or after it rains, when the pools fill with water. When the weather is warm enough, visitors will jump in for a dip for one of the most unique swimming experiences.

This dreamy hilltop village is often hailed as the most charming town in Croatia.

Fortified in the 14th century by the Venetians, the Motovun’s medieval walls encompass a pathway that allows you to stroll along the perimeter of the town. From the walkway, you can spot rolling vineyards and the Mirna River, as well as the dense forests that produce Istria’s award-winning truffles.

For those wishing to sample the region’s gourmet gem, head to Konoba Mondo. According to the New York Times, “It is what eating in the Old World should feel like.” Even the great Anthony Bourdain once paid a visit to this Istrian treasure to taste the black diamond of Istria for himself!

The ambiance at Konoba Mondo is spectacular. Imagine sitting on a shaded terrace on a warm summer day with a glass of the most delectable wine in hand while the heavenly scent of truffles fills the air.

This is definitely not a place to pass up!

The sweet town of Groznjan, or as the Italians like to call it Grisignana, is quite the showstopper.

Don’t let its size fool you – this tiny hilltop colony is a haven for artists from all over the region. In the 1950s, many artists were attracted to Groznjan’s medieval appeal and began opening up ateliers in the town’s abandoned buildings.

From that point on, Groznjan became known as the town of artists.

This is a great place to find local pieces of art and handicrafts that make perfect gifts or souvenirs.

Have you ever visited Istria? Help a fellow traveler out and share your favorite towns in the comments below! 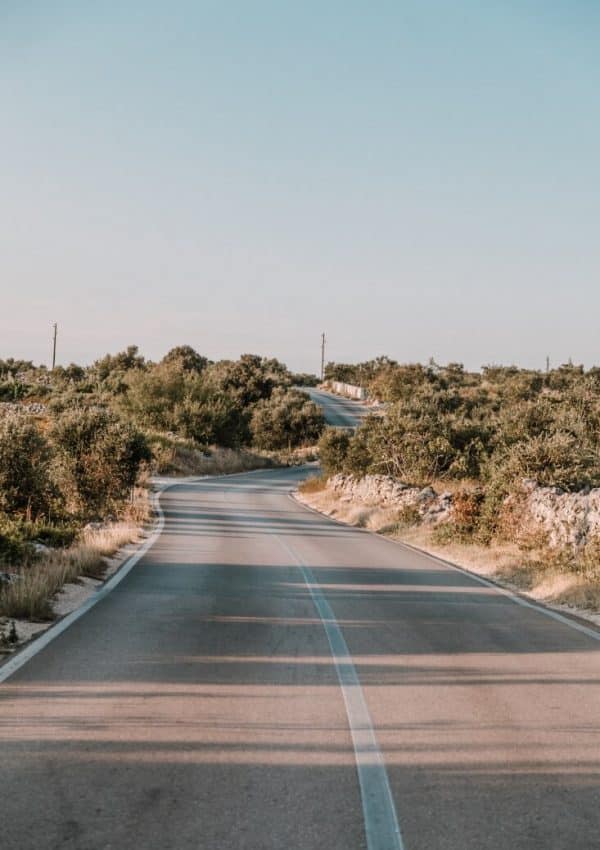 The Most Epic Croatia Road Trip 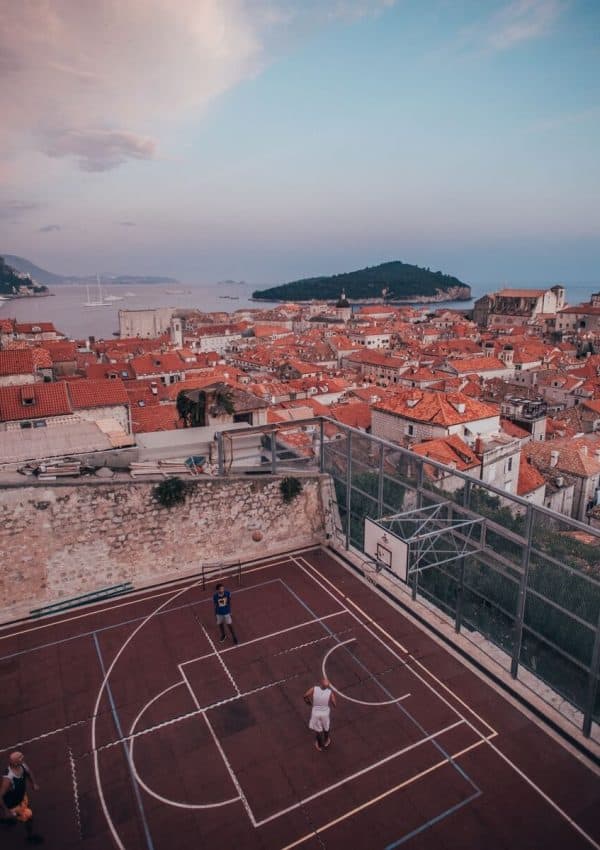 10 of the Most Unique Things to Do in Croatia 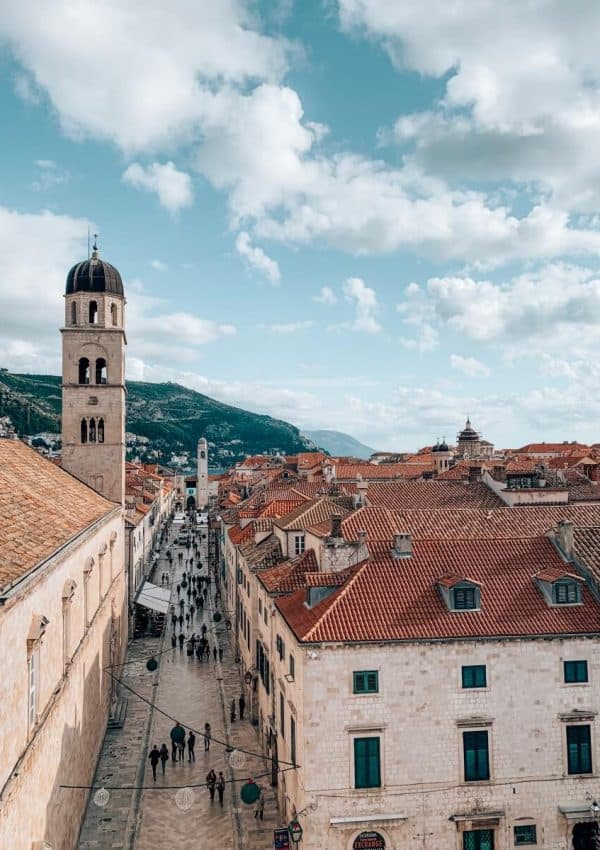 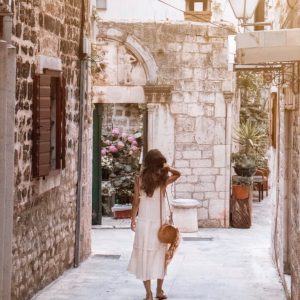 18 Incredible Things to Do in Trogir, Croatia

Physically back in Croatia but mentally still trai

Soaking up the last few days of summer by the pool

What’s your travel style: Do you prefer budget o