Living in Croatia for the past five years has given me a good grasp of the culture, customs, and way of life.

If you are planning a trip to this beautiful country for the first time, here are 20 things you should know before traveling to Croatia.

Croatia is a beautiful destination for most of the year. However, you’ll want to do your research before you visit so that you know what to expect.

Winters in Croatia can be especially frigid on the coast, and seaside destinations that are typically buzzing in the summer can be eerily empty. The best time to visit is in shoulder-season, during the months of May or September. There are less tourists at these times, and the weather is still warm and enjoyable.

To learn more about what Croatia is like in the off-season, check out this post on visiting Dubrovnik in the winter.

English is widely spoken in Croatia. It is a required language in school, and most TV shows and movies are shown in English with Croatian subtitles.

Despite this, the locals really appreciate when visitors attempt to assimilate into their culture. A few words like hello (dobar dan), please (molim), and thank you (hvala) will earn you some extra brownie points!

Don’t bank on getting around Croatia by train.

Croatia’s train system is not very reliable or well-connected, especially between popular destinations. Buses are a far better option for traveling, especially if you are on a budget.

Renting a car, however, is the best way to see the country. Plus, the roads are in very good condition, and navigating is relatively simple.

Images of Croatia’s’ beaches are breathtaking.

This, however, is majorly due to the fact that the beaches are almost all made out of rock. Pebble beaches are also very common in Croatia, but you’ll be hard-pressed to find a sandy oasis on the Adriatic Coast. This makes it incredibly easy to spot any sharks on the beach in Croatia!

It is not uncommon to see tourists wearing water shoes, but most of the locals are used to the terrain and go barefoot.

For extra beach inspiration, check out the best beaches on Hvar Island.

5. Croatia’s Not Only About Beaches

There is so much more of the country to explore beyond Dubrovnik and Hvar Island.

There are also many incredible things to experience in continental Croatia, a region known for its natural beauty, castles, and modern capital.

If you have time, head up north to the Istrian peninsula or explore Zagreb for a few days!

6. Croatia’s Official Currency is the Euro

On January 1, 2023, Croatia entered the Eurozone and officially adopted the Euro as its national currency.

Its former currency, the kuna, has been symbolically preserved on the 1 Euro coin on which the national animal of Croatia is depicted.

7. Tipping is Nice, but Not Required

Most Croatians don’t leave a tip, and if they do, it’s just a few coins.

Although it is not part of the culture, leaving a tip is widely appreciated. If you do feel inclined to leave a tip at a restaurant, 10% is a good choice.

8. What You See Is What You Pay

When you visit any store, the price you see on the tag or on the shelf is exactly what you will pay. Taxes are included in all of the prices already, so you don’t have to worry about calculating the final cost.

Be prepared to carry cash when in Croatia.

While most major stores and a growing number of restaurants accept cards, cafes typically do not. The local farmer’s markets are guaranteed to be cash-only, and oftentimes small, specialty stores will not accept cards either.

Bear in mind that the more local the place is, the less likely they are to take cards as payment.

Most foreign visitors to Croatia do not need a visa and are able to stay in the country for 90 days.

While Croatia is a member of the European Union, it is not included in the Tourist Schengen Visa. This means your Schengen Visa is not valid for Croatia and you’ll have to present your documents when crossing the border.

For up-to-date information on visas for Croatia, be sure to check the website of the Ministry of Foreign and European Affairs.

11. Queuing is Not Orderly

The locals much prefer the crowding method over the queuing method. If you find yourself in this situation, just stand your ground and get used to the lack of personal space (more on that below).

12. Personal Space is an Enigma

Croatians’ perception of personal space is completely different from North America and even some parts of Northern Europe.

Generally, Croatians don’t mind standing next to a stranger at less than arm’s length. This goes for all situations including standing in line at the bank or waiting to order a croissant at a bakery.

Don’t be surprised if at times you feel your personal space being invaded – it’s just part of the culture.

13. Croatians Love to Dress Up

Croatians put a lot of effort into caring for themselves and making sure they look smart whether they are going for a coffee, to the store, or to work.

Walking around in a hoodie and flip flops might raise a few eyebrows from the locals. Additionally, in the summer, Croatians typically do not wear shorts unless they are at the beach. This makes it especially easy to spot tourists in bigger cities like Zagreb.

14. No Shopping on Sunday

Many stores in the city centers, especially Zagreb, will be closed on Sunday.

Shopping malls, however, remain open. Though they are usually located further out from the downtown area and will most likely require a car to reach.

In most tourist areas, you should be able to find an open grocery store without a problem.

15. Croatia is a Very Safe Country

Croatia is a very safe country to visit and there is virtually no crime or violence – even in bigger cities like Zagreb and Split.

No matter what time of the day or night you find yourself wandering around, most neighborhoods are friendly.

This is not to say you should completely let your guard down. Just like anywhere you travel, you should always be alert and trust your gut. However, your safety should not be a matter of concern when visiting Croatia.

16. Know the Rules of the Road

If you choose to rent a car, be sure you know the rules of the road. Many of the same laws in other countries apply to Croatia as well like wearing your seatbelt and not using your phone while driving.

However, getting familiar with a few simple driving laws can save you from any unwanted fines.

For example, unlike in the US, you cannot turn right on red in Croatia. There is a $300 fine for breaking this rule.

For its small size, Croatia is home to some of the most gorgeous national parks (8 of them to be exact).

Each of these parks offers something special, and they are definitely worth taking a break from the beach to check out. Find more information on Croatia’s national parks here:

Croatia’s internet is probably not as fast as you’re used to, but it will do.

Free wifi can be found in most cafes, and public wifi is available in the city of Zagreb though it is not reliable in all areas.

If you are visiting from another European country, you will be happy to know that roaming charges between EU countries no longer exist.

If the plugs on your devices are different, a converter is your best bet as it will help transform voltages as well as adapt. This converter from Ceptics is a great choice for travel.

20. Croatia is not a budget destination

Although you might have expected a cheap place for a vacation, Croatia is no longer a budget-destination.

Thanks to the country’s increasing popularity, the prices have gone up as well.

This is not to say that you cannot find a good deal on accommodation and food. However, bear in mind that Croatia will definitely be more expensive than Hungary, Czechia, and Bosnia & Herzegovina.

To keep costs low, stay away from ultra-popular destinations like Dubrovnik, Hvar, and Rovinj. Instead, opt for lesser-known, but equally beautiful, places like Zagreb, Vis Island, Pag Island, as well as these fairytale towns in Istria.

An affordable trip to Croatia is in reach! You just have to do a little more digging to find the hidden gems in Croatia worth visiting.

Have you ever visited Croatia? What was one thing you wish you knew before you arrived? Help a fellow traveler out and leave your tip in the comments below! 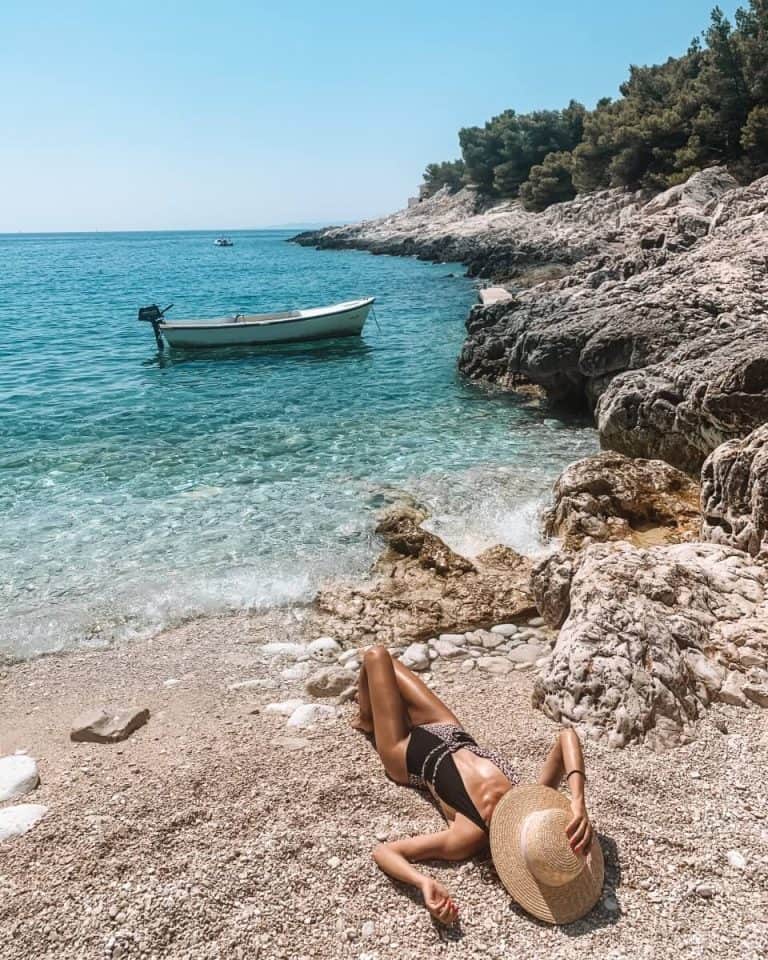 From secret coves to popular swimming spots, these are the best beaches on Hvar Island (Croatia) that will absolutely blow your mind! 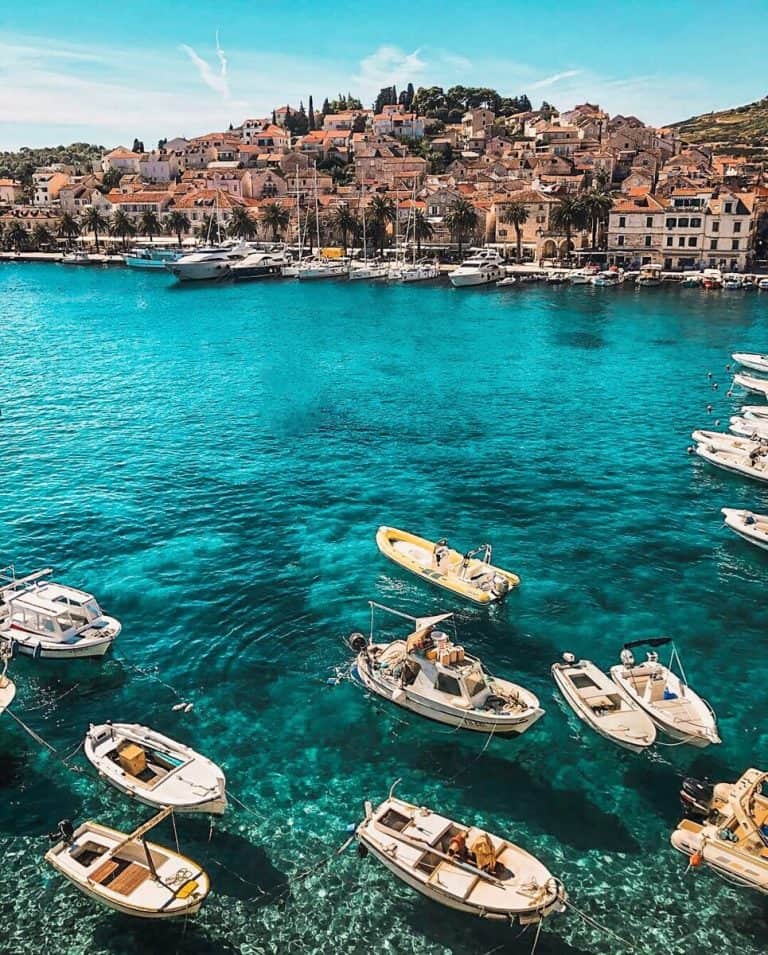 Get off the beaten track with these 10 must-see hidden gems in Croatia. Discover where to find Croatia’s secret beaches, untouched nature & remote islands. 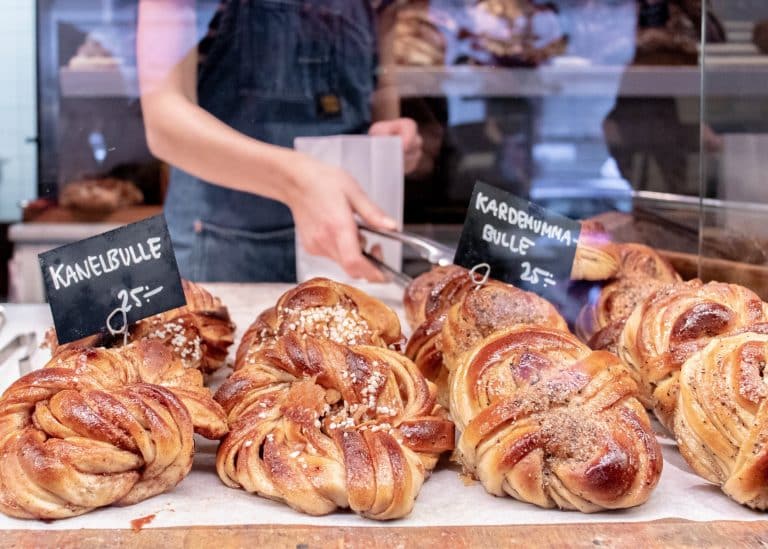 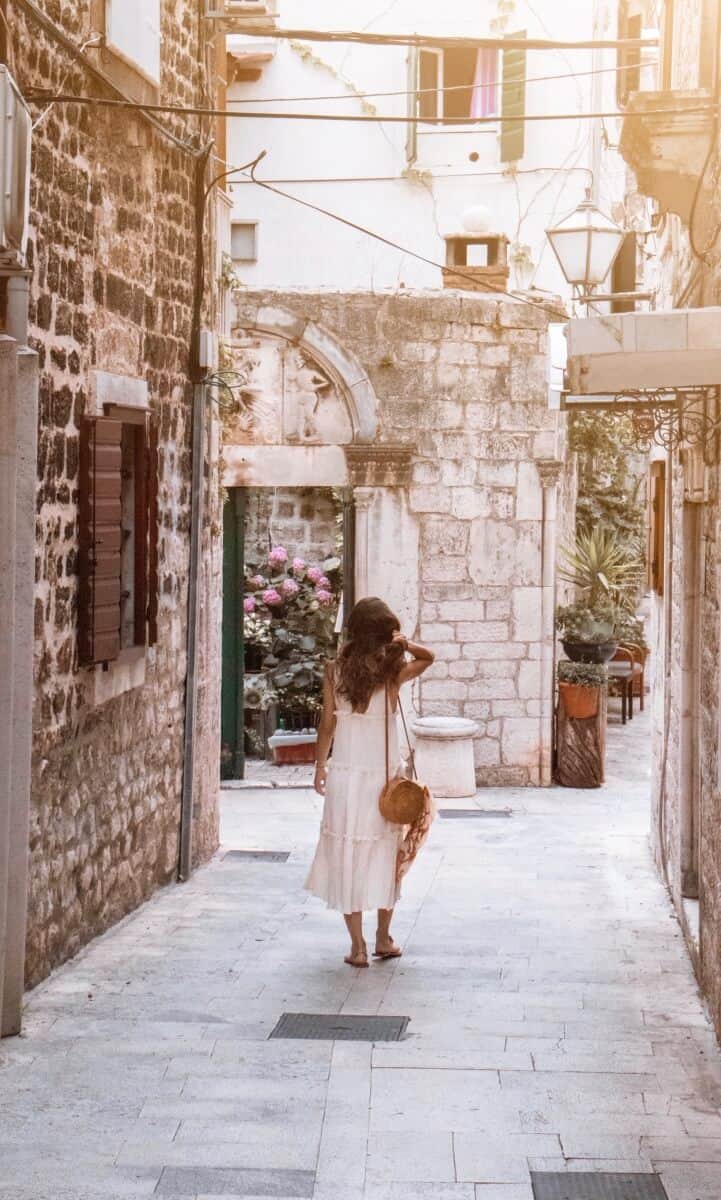 Discover the 18 most incredible things to do in Trogir, Croatia. Find out why this stone beauty is your Mediterranean dream destination! 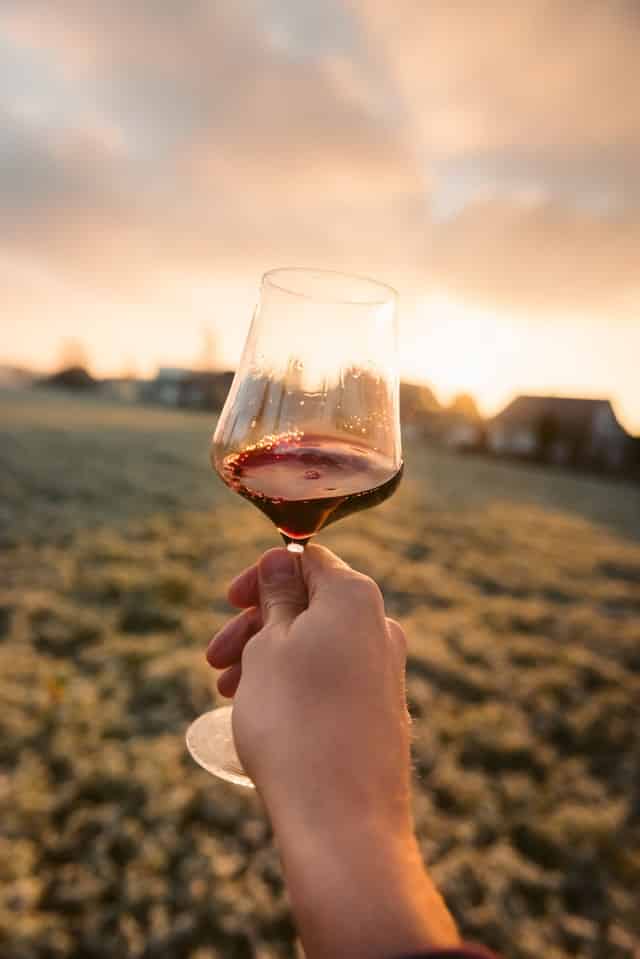 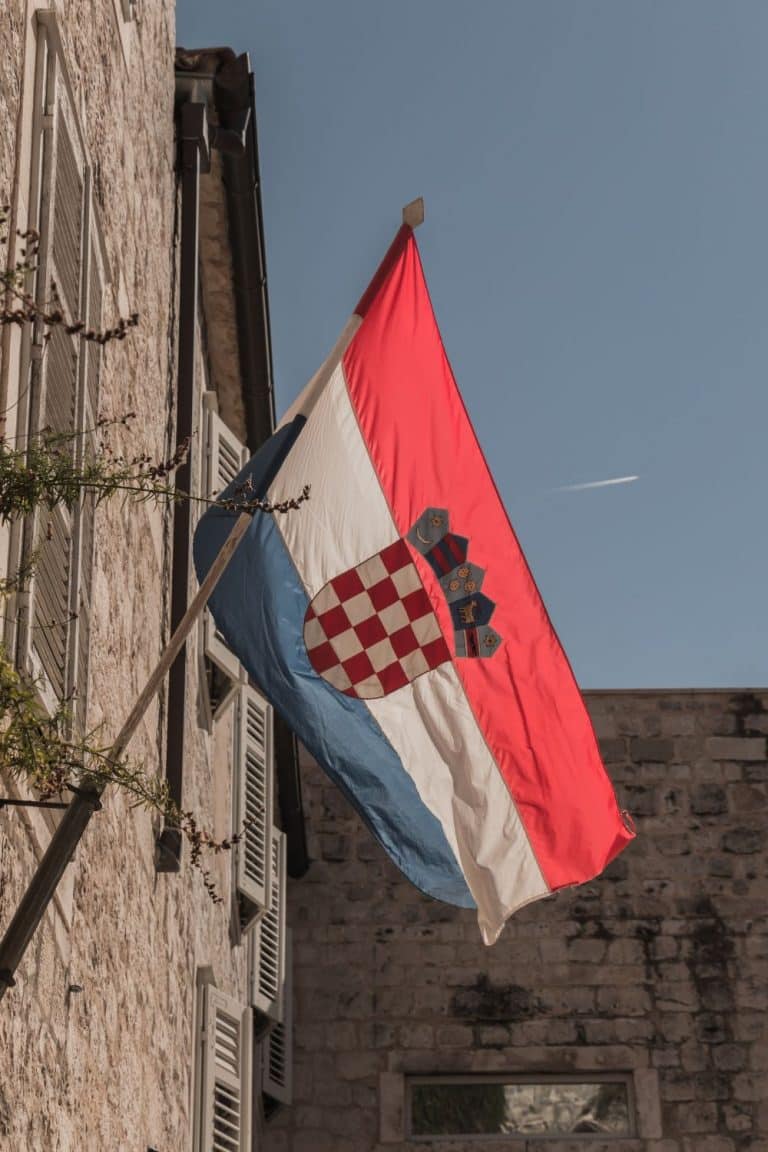