When most people think about visiting Dubrovnik, the first things that come to mind are sparkling shores, brilliant sunshine, and hot summer nights.

However, for those whose travel fantasies are filled with the joys of exploration rather than lying on crowded beaches, winter is an excellent time to visit a place like Dubrovnik. 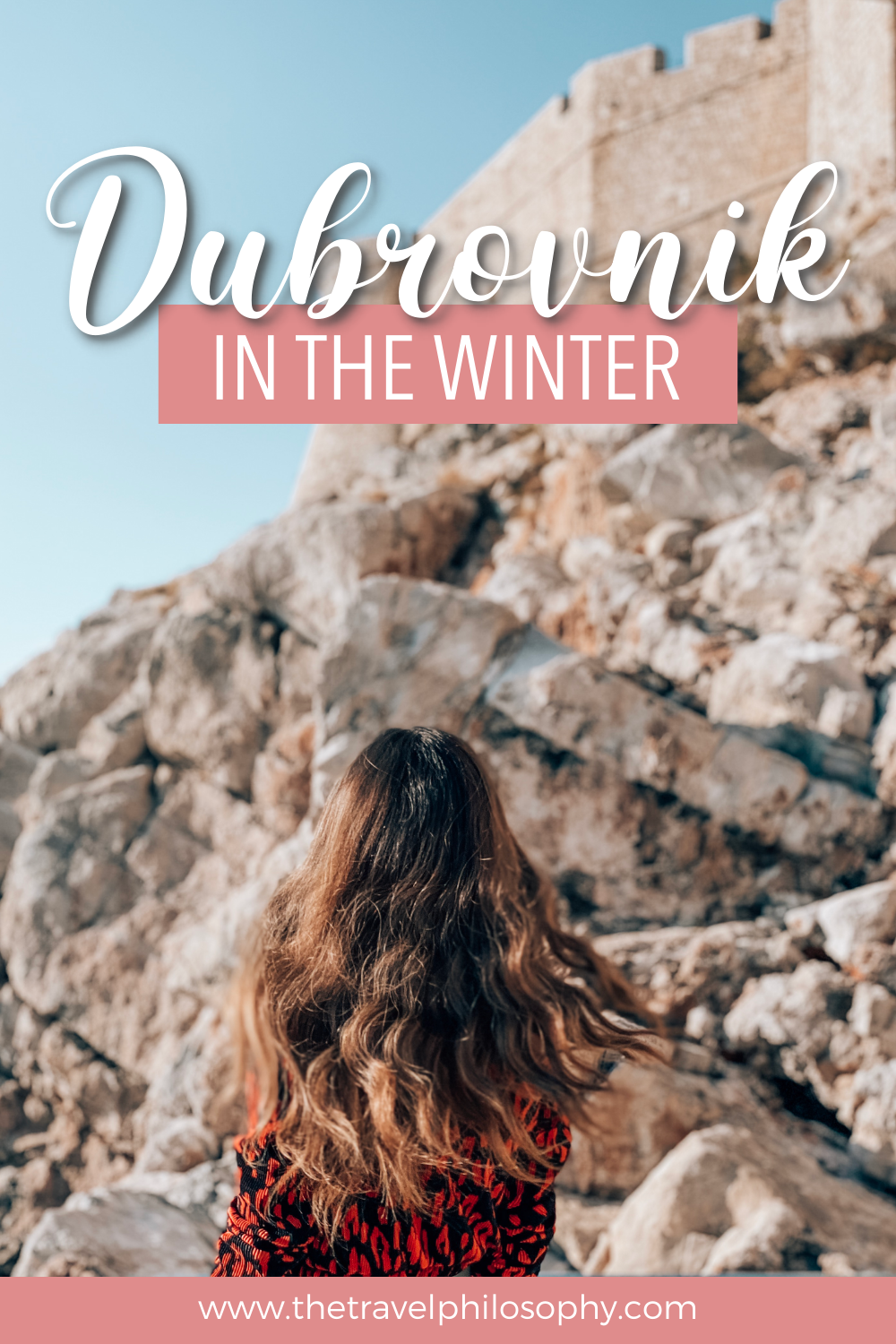 Why You Should Visit Dubrovnik in the Winter 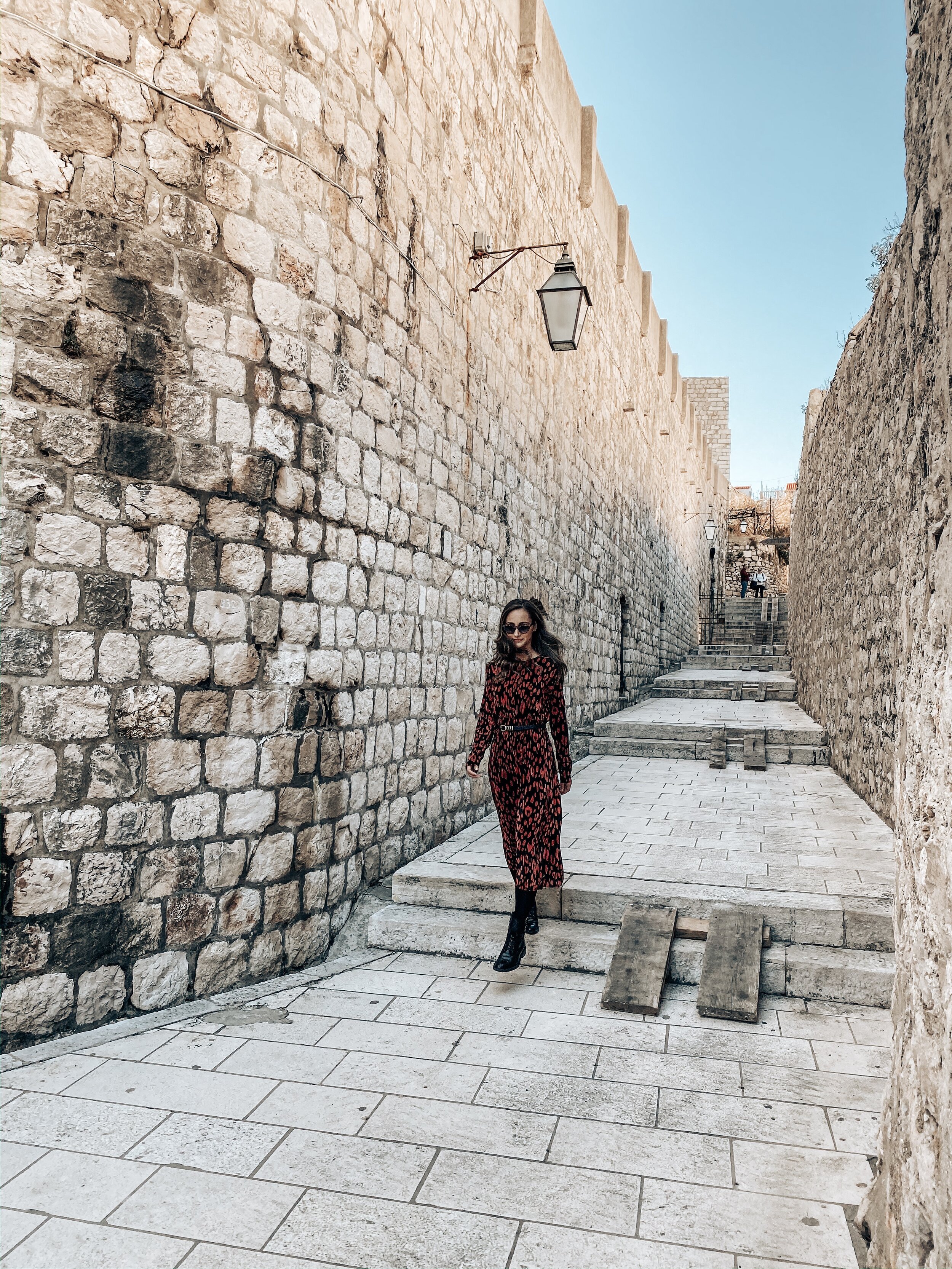 Dubrovnik is Croatia’s most popular tourist destination, and during the peak summer months the crowds can become so massive it’s almost impossible to get past the city’s gates.

If you want to have the city (almost) all to yourself, you should visit Dubrovnik in the winter. While the town isn’t completely empty, you’ll be able to enjoy all of the main attractions without rubbing elbows with other visitors.

In addition to tourist attractions, you’ll be happy to know that you won’t have any trouble getting a table at restaurants or cafes throughout the city either. Many of them stay open during the winter months, but you’ll want to double-check their working hours online as some of them change in the off-season.

Croatia’s peak season is notorious for traffic jams. The number of tourists entering and leaving the country rises to (sometimes) absurd amounts, creating traffic jams at the borders. If you visit Dubrovnik in the winter, you’ll enjoy highways that are free from traffic as well as little to no waiting time at the borders.

Due to its rising fame, prices in Dubrovnik have skyrocketed over the past few years compared to other cities in Croatia. You can expect to pay twice, or three times as much for the same services in, say, Zagreb. Over the winter, the town’s influx of tourists dramatically drops, meaning that the prices do too.

Visiting Dubrovnik in the winter guarantees cheaper room rates – you can expect to pay up to 50% less than you would in July. Additionally, travel is less expensive during this time of the year which means that car rentals are cheaper, as are flights. Just be sure to book your car rental ahead of time as prices tend to go up the closer you reserve to your travel date.

You’ll be pleasantly surprised to find that this time of year also brings discounted, and even free, tourist attractions. For the most part, there won’t be much of a difference in pricing, but some tourist attractions do offer cheaper rates in the off-season.

During peak season, the extremely hot weather can sometimes make sightseeing during the day unbearable. Visiting Dubrovnik in the winter will give you a chance to explore the sights in near-perfect conditions. Winters in this part of Croatia, given its position at the southern tip of the country, are usually very mild. Temperatures almost never fall below 5°C and snow is a rarity in this part of Croatia, though not completely unheard of.

For reference, I visited Dubrovnik in late November, and temperatures in the afternoon were warm enough to where you could comfortably walk around without a coat.

Just because you’re visiting Dubrovnik in the winter doesn’t mean you’ll get any less vitamin D! The wintertime is tangerine-harvesting-season, and Dubrovnik is known for producing the sweetest and juiciest tangerines you’ll ever bite into. You can get them by the kilo for relatively cheap, and if you’re traveling to Dubrovnik by car, you’ll surely notice the many tangerine stands that dot the road when passing through the Neretva Valley. 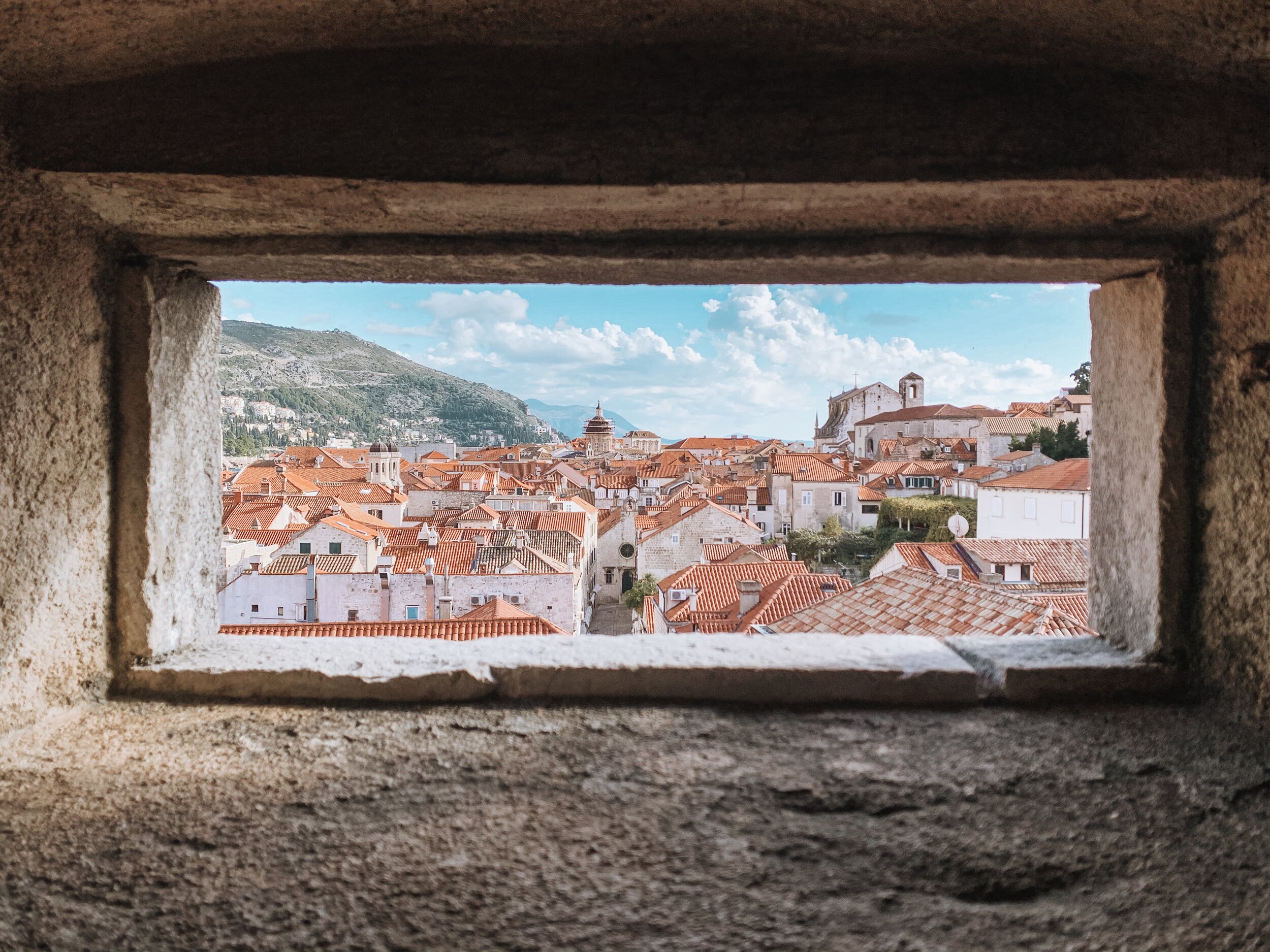 Activities to Enjoy While Visiting Dubrovnik in the Winter

Walk the city’s famed walls without being photobombed. Even if you don’t visit any of the other sites in Dubrovnik, walking the city walls is a must. I was honestly a little worried they might not live up to the hype, but let me tell you, they do. An adult ticket costs 200kn per person and includes entrance to the Lovrijenac Fortress as well. Walking along Dubrovnik’s historic walls, you’ll get to take in unreal views of the Adriatic as well as the endless sea of terracotta rooftops that grace the town’s traditional stone homes.

If you’re a Game of Thrones fan, you’ll be able to walk in the footsteps of your favorite actors on King’s Landing sans the crowds. Explore all of the Game of Thrones filming locations on your own, or sign up for a guided tour so you don’t miss a single famous scene.

Every year, Dubrovnik’s streets begin to sparkle with gleaming holiday decor as the town begins to prepare for the Christmas Market. We were in town just as the main street, Stradun, was being lined with white wooden houses, soon to be filled with delightful Croatian sweets, souvenirs, and my personal favorite, mulled wine.

Don’t miss out on stopping by Croatia’s first, and only, Christmas shop that is open all year long. This festive store is overflowing with glittery decorations from local handmade ornaments to traditional nutcrackers. You can find the Christmas shop here.

Ring in the New Year

Dubrovnik is said to have the best New Year’s Eve celebration in all of Croatia. The locals begin festivities at noon (yes, you read that right) and party on through the night with live music, drinks, fireworks, and an all-around cheerful atmosphere.

Things You Should Know About Visiting Dubrovnik in the Winter

If you do end up visiting Dubrovnik in the winter, there are a few things you should know so that you don’t end up disappointed.

One important note about visiting Dubrovnik in the winter is that the beaches are mostly empty, as it is too cold to swim. The winter is not the time to visit if you were hoping to take a dip.

Even beach bars and restaurants might be closed during this time since the number of visitors is at its lowest. Most of these places will begin opening up again around mid-to-late May.

The Weather Can Be Unpredictable

While I mentioned earlier that winters in Dubrovnik tend to be pretty mild, sometimes the weather can be unpredictable and bring lots of rain. Just be sure to check the weather before your trip, though you might get lucky and have an entirely sunny weekend for enjoying the sights!

Visiting Dubrovnik in the Winter – Conclusion

If you’re traveling to Dubrovnik to marvel at the incredible architecture, scale the massive city walls, and revel in uninterrupted views of the Adriatic Sea, then you’ll absolutely love Dubrovnik in the winter.

Thinking of visiting Dubrovnik in the winter? You might want to consider adding a day trip to the nearby town of Mostar to your itinerary, which is equally as beautiful in the wintertime.

Exactly what you need to pack and wear for exploring the Chiang Mai jungle. Follow this guide on what to pack for Chiang Mai, Thailand, to avoid novice mistakes.

Believe it or not, Stockholm’s food and drink scene is bursting with flavor! In this post, I’m spilling my top 3 Stockholm restaurant recommendations.

In this guide to the best beaches Zadar has to offer, discover the most beautiful beaches in the Zadar region. These 10 Zadar beaches should not be missed!

Discover the 18 most incredible things to do in Trogir, Croatia. Find out why this stone beauty is your Mediterranean dream destination!

Ayutthaya, a UNESCO site and former capital of Siam, is known for its red-brick temples. Plan the perfect day-trip from Bangkok to Ayutthaya with this guide!