Amsterdam is more than just red lights and coffee shops.

These are just a few of the reasons why I fell in love with this pretty city. If you have the chance to visit for a few days, here are my top 15 things to do in Amsterdam: 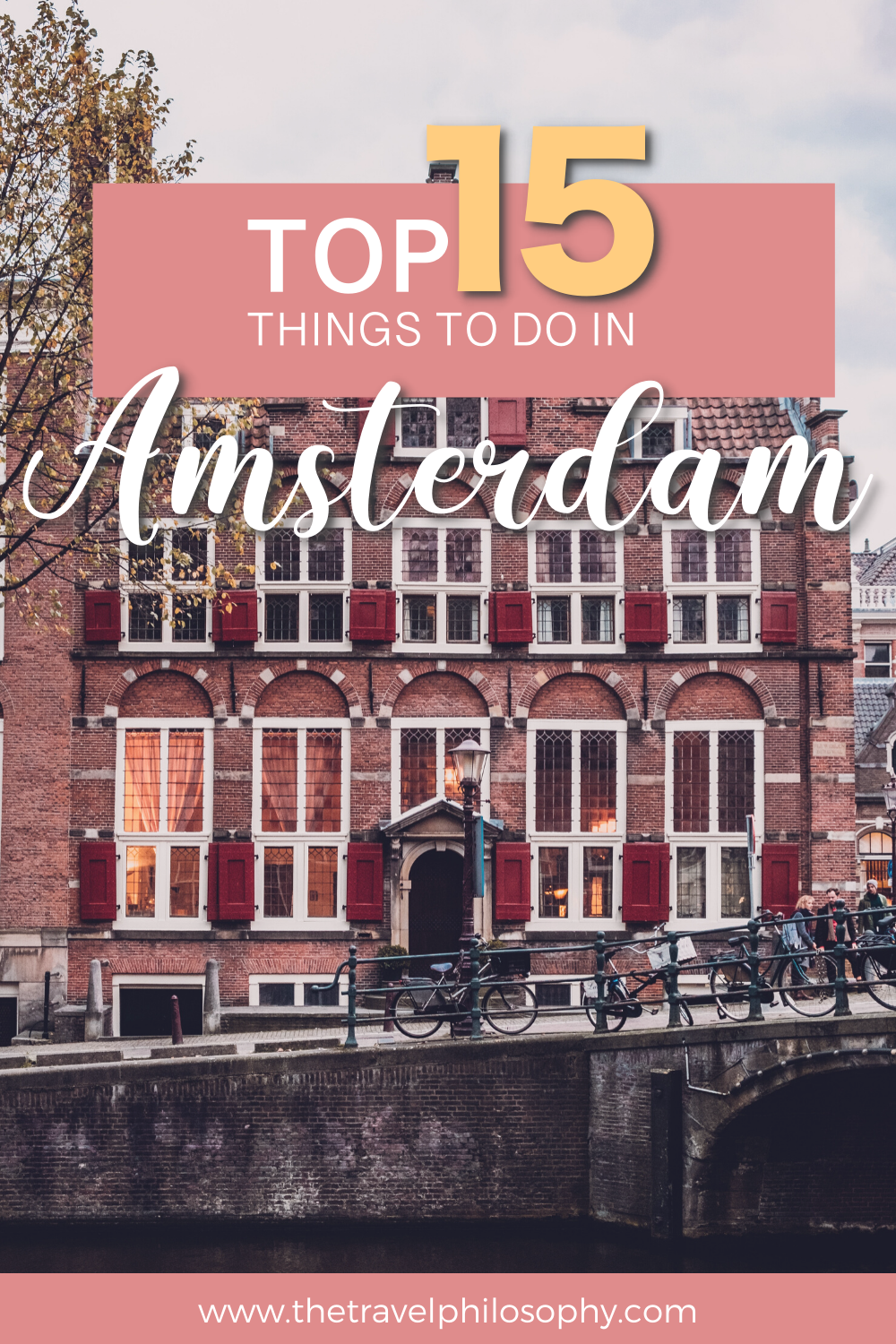 1) Wander the canals
Perhaps the most notable feature of Amsterdam is the network of canals that criss-cross throughout its historic center. The three main canals – Herengracht, Keizersgracht, and Prinsengracth – form a horseshoe around the heart of the city known as the Canal Ring, a UNESCO World Heritage Site. It’s easy to spend an afternoon getting lost among the waterways.

2) Admire the architecture
While wandering the canals, take in the charming gabled houses and other architectural treasures that can be spotted throughout the city. Interestingly enough, much of the architecture reminded me of the houses I had seen in New York City! After a quick search, I discovered that the colony of New Netherland, established in the 17th century, grew to encompass all of present-day NYC and parts of Long Island. Later, the English took over and named it New York, after the Duke of York.

3) Bloemenmarkt (Flower Market)
Located on the Singel Canal, Bloemenmarkt is known as the only floating flower market in the world. This colorful attraction was one of my favorite things to do in Amsterdam. It features a long row of flower stalls balancing on houseboats and barges, each filled to the brim with bulbs, tulips, and various kinds of flowers. 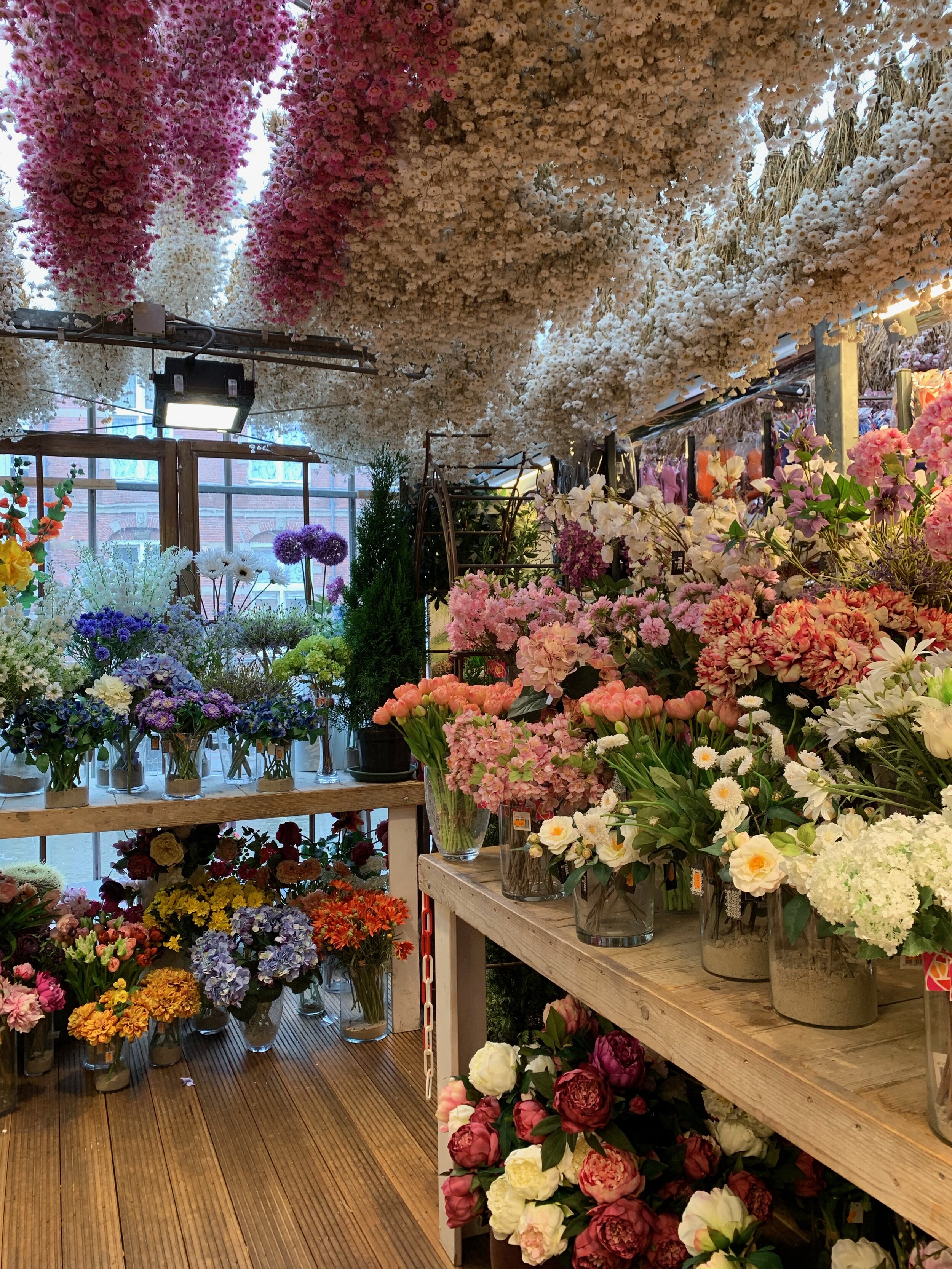 4) Try Dutch apple pie
One sweet treat you’ll be sure to find all throughout Amsterdam is Dutch apple pie. However, the place to have it is at Winkel 43. They serve their scrumptious appeltaart topped with delicious whipped cream in the cozy atmosphere of their cafe. You can also order other dishes here as well, but don’t miss the best apple pie in town.

A museum dedicated to one of the world’s most famous artists, Vincent Van Gogh, is definitely one of the top things to do in Amsterdam. Though the museum itself is not huge, it’s still easy to spend a number of hours admiring Van Gogh’s masterpieces. Most tour groups come in the morning, so try to plan your visit for the afternoon to avoid the crowds.

Another must-see museum in Amsterdam is the Rijksmuseum. You’ll probably recognize it as the backdrop of the “I Amsterdam” sign, which has since been removed. However, this beautiful structure is home to Dutch art and history dating all the way back to the Middle Ages and is more than worth the visit.

If you’re not into museums, simply hanging around Museumplein is still a nice (and free) activity to do while visiting Amsterdam.

De Pijp is Amsterdam’s bohemian neighborhood whose narrow streets are bursting with cafes, outdoor terraces, pubs, local boutiques, and international eateries. Stroll through the Albert Cuyp Market – a vibrant outdoor market with stands selling unique bits and bobs, and of course, street food. While there, don’t miss the Original Stroopwafels old-fashioned stall at the market, where they make and fill the stroopwafels right in front of you. They’re warm, fresh, cinnamony and gooey – the best stroopwafels you’ll ever taste.

If you want to experience Amsterdam properly, you absolutely must do so on two wheels. There are plenty of places that offer bike rentals for the day, several days, weeks, and months. Grab one and hop in the bike lane!

I’ll admit that I was mildly terrified of riding alongside the locals and being so close to cars, but it wasn’t as scary as I had anticipated. Plus, once you’ve gotten a taste of exploring Amsterdam by bike, you’ll never want to return it. 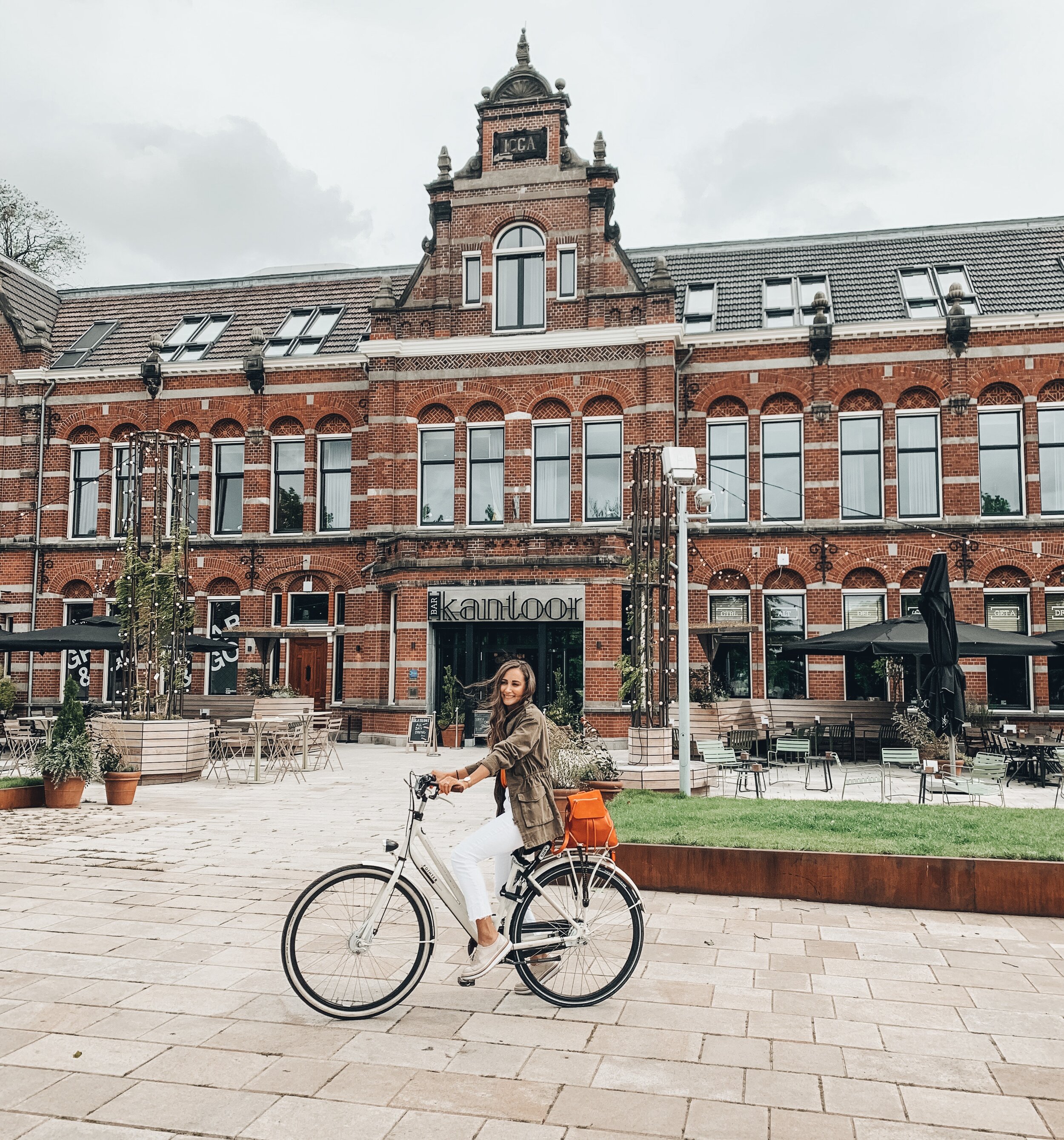 9) Vondelpark
Vondelpark is the biggest and most popular green space in all of Amsterdam, and for good reason. Rent a bike and ride along paths that weave through 47 hectares of greenery, past statues, ponds, fountains, and cafes. I’d even suggest bringing a picnic and hanging out on the grounds if the weather allows it.

10) Jordaan
This beautiful residential neighborhood has surprisingly remained untouched by tourists, despite its close proximity to the center of Amsterdam. Here, you’ll find an endless amount of restaurants, shops, cafes, and tons of locals. It’s a great place to experience true Amsterdam.

11) Foodhallen
If you’re looking to escape the typical touristy places in Amsterdam, then you’ll want to head over to Foodhallen. This huge indoor food court houses a fabulous collection of food stalls under one roof. Here, you’ll find everything from falafel to burgers to Asian fusion, all accompanied by great music and even better vibes.

12) Red Light District
This is a classic stop on any Amsterdam itinerary. Even if you’re not into coffee shops and red-lit windows, it’s an interesting (and very touristy) spot to visit. The impression I got while wandering through the Red Light District was that most visitors were there simply to satisfy their curiosity and simply carry on with their visit to Amsterdam.

13) Begijnhof Garden
Begijnhof Garden is a hidden gem, nestled in a peaceful garden courtyard, away from the busy streets of Amsterdam. This group of historic, private dwellings, and hidden chapel, was built during the time when Catholicism was banned in Amsterdam. Among the traditional houses that line the courtyard, you can also see the oldest wooden house in the city (number 34) that dates all the way back to the 1400s. 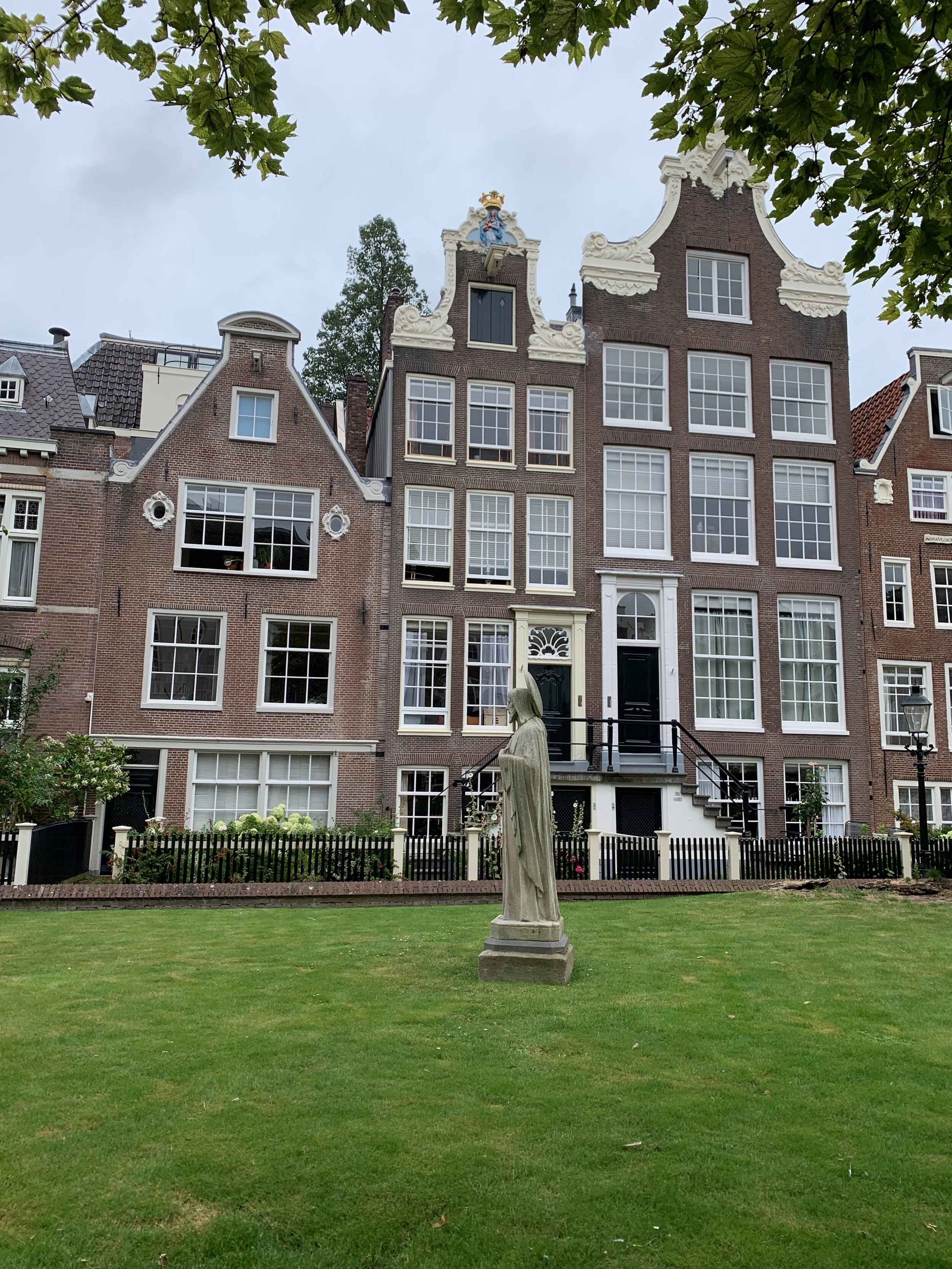 14) Anne Frank House
I actually didn’t get the chance to visit the Anne Frank House while in Amsterdam – when I booked my trip, tickets to the museum were already sold out. I’d recommend booking tickets to the Anne Frank House on the museum website as soon as you know you’ll be visiting Amsterdam. They also release a number of tickets the day of, however, keep in mind that there is an online queue as well and you’ll want to get on the site early. (For reference: Tickets are released at 9:00 AM. I logged on at 8:45 AM and was the 1,000th person in line.)

15) Brouwerij t’IJ
If you’re feeling a little parched, make your way over to Brouwerij t’IJ. When in Amsterdam, you have to have a beer, so why not have it at one of the best breweries in one of the city’s best locations? Located right next to Amsterdam’s spectacular landmark windmill, this brewery offers a large selection of craft beers and filling snacks. It’s the perfect place to chill with friends and experience the relaxing atmosphere of Amsterdam. 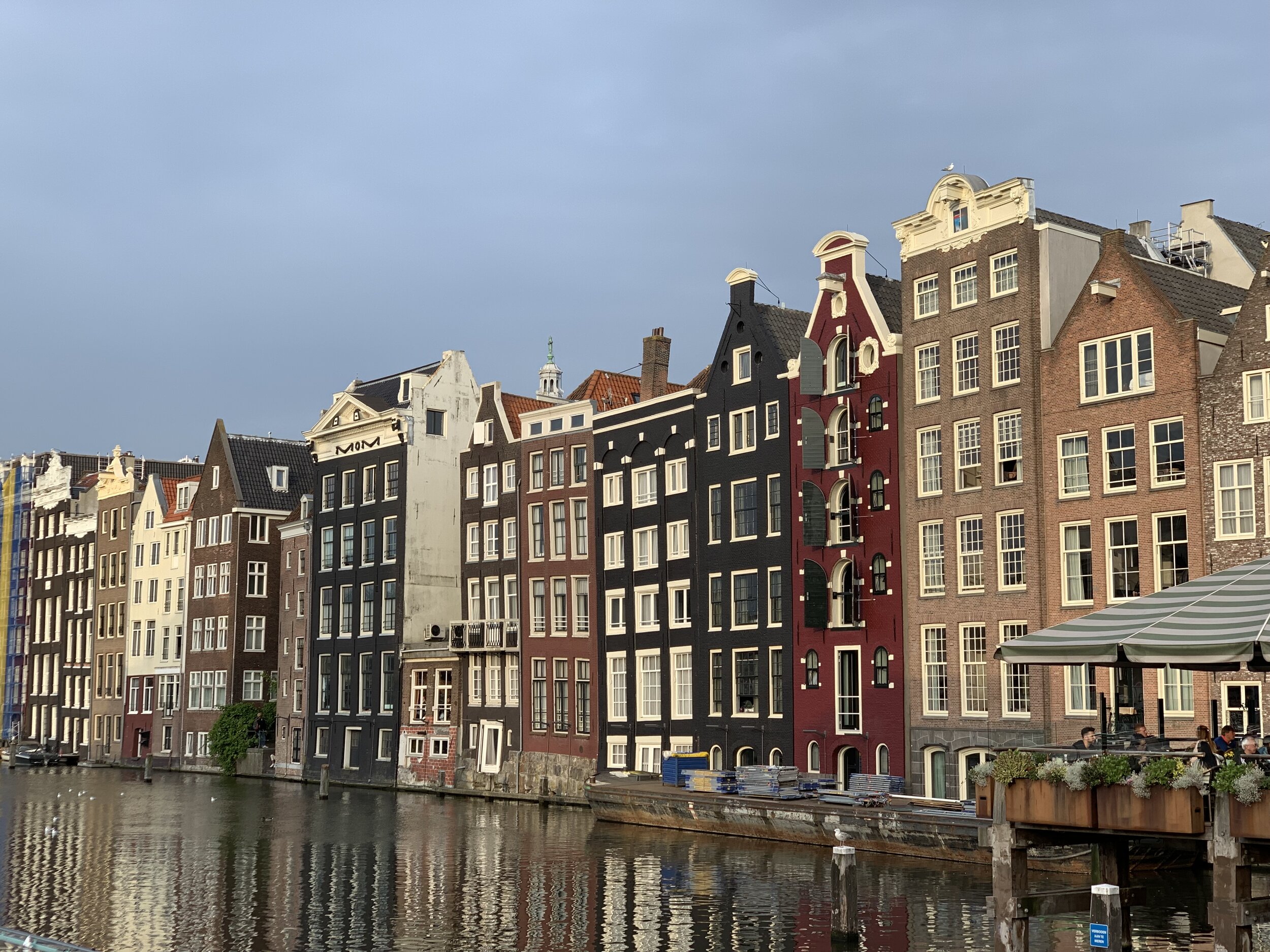 After five days in this amazing city, those are my top 15 things to do in Amsterdam. Even if you don’t get to do or see all fifteen things on this list, I at least hope that your main takeaway is that there is so much more to Amsterdam than coffee shops and red lights.

Have you experienced Holland’s capital? What are your favorite things to do in Amsterdam? 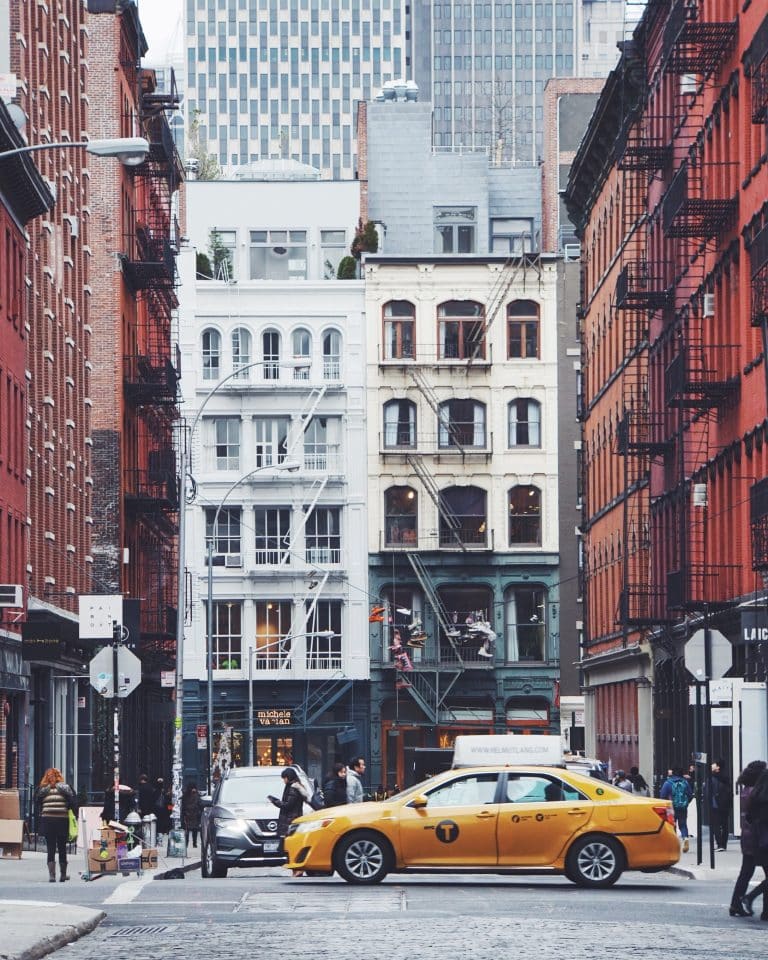 Your guide on how to spend three days in New York City. Find out how to fit all of NYC’s major attractions into one weekend with this New York City itinerary. 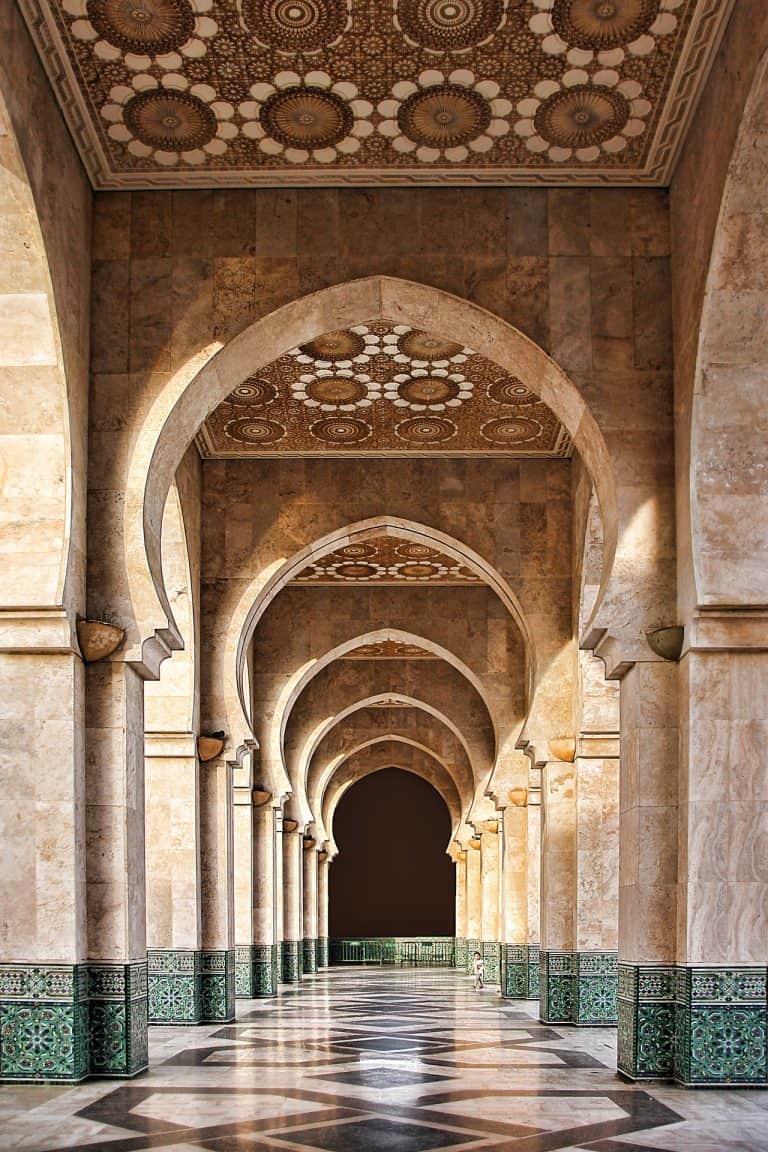 This Marrakech guide for first-timers fills you in on where to stay, where to eat, what to do, and what you should know before visiting Marrakech, Morocco. 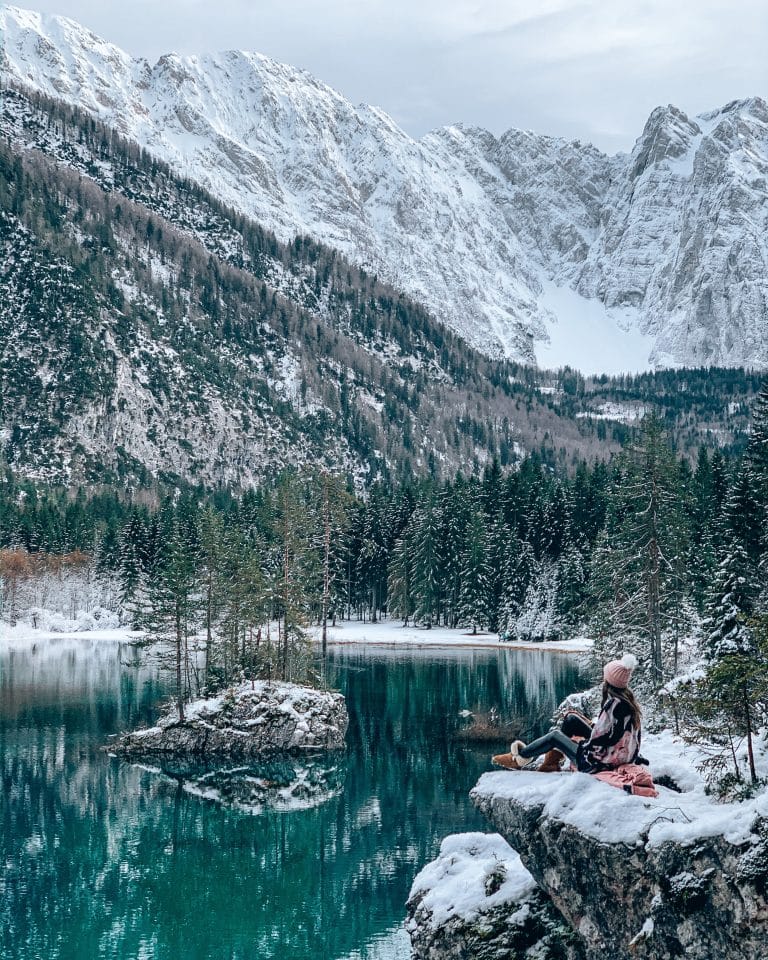 Laghi di Fusine are one of Italy’s hidden gems. These glacial lakes are yet to be discovered by tourists which is exactly why they should be on your bucket list. 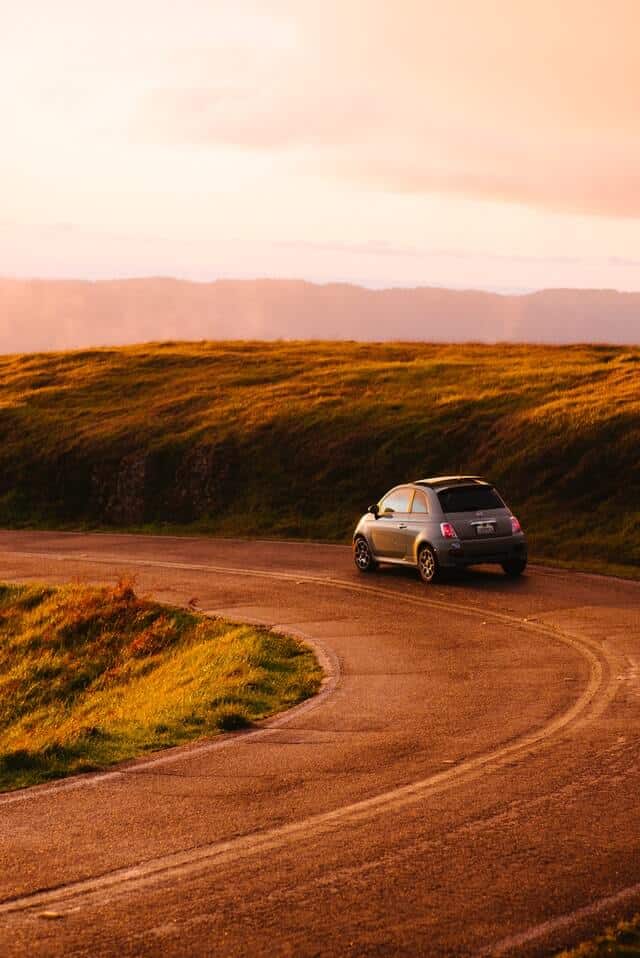 An epic list of the best summer road trips in Europe! These are the most scenic routes for a European road trip of a lifetime. 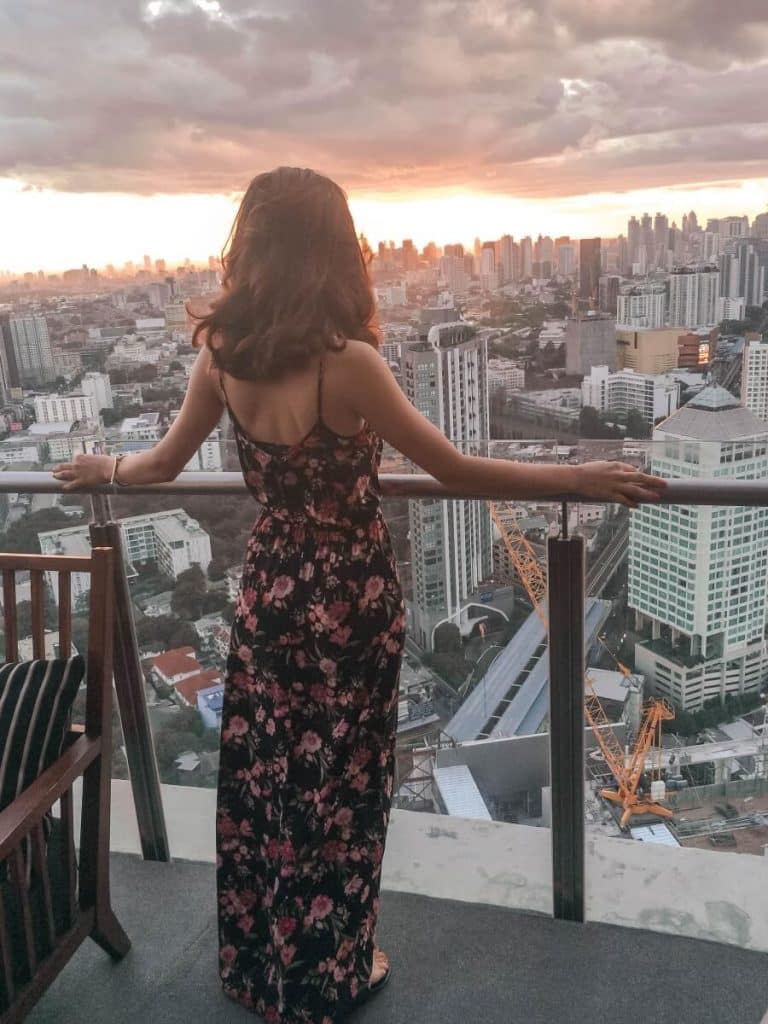 Bangkok is a city that is often misunderstood, but there’s so much to love about the Thai capital. Here’s my list of 10 reasons I love Bangkok, Thailand. 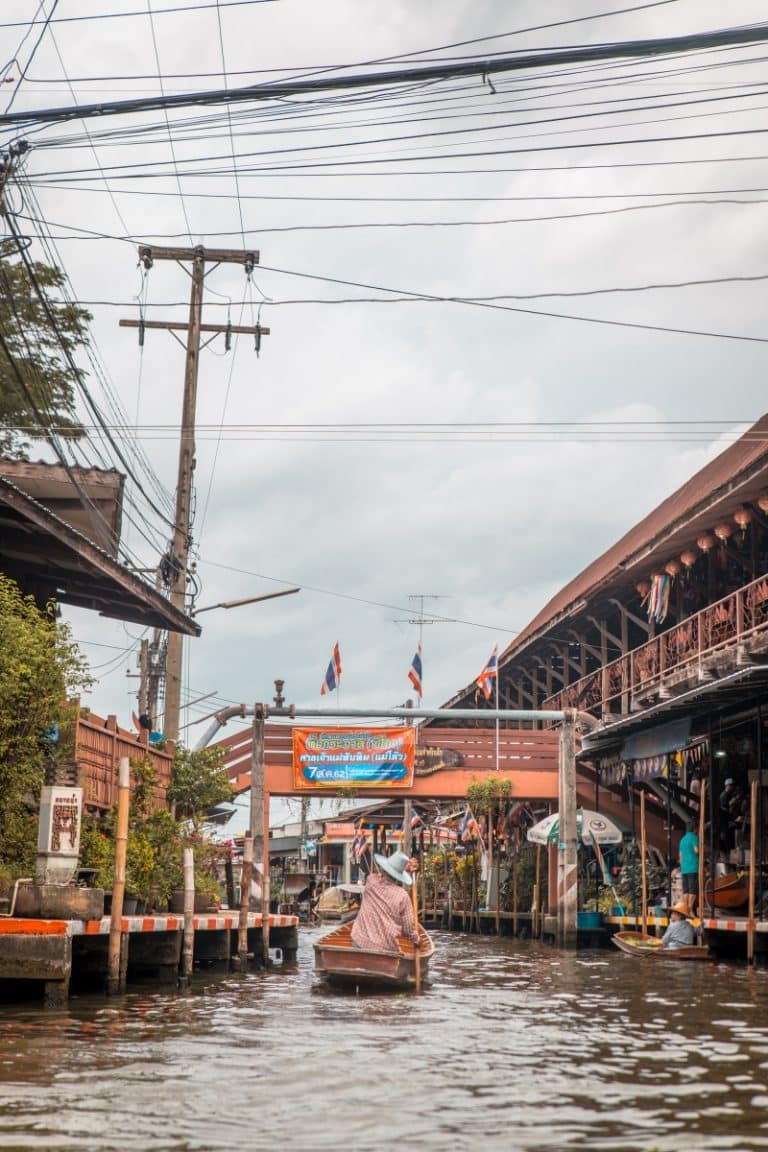 Everyone has heard of Bangkok’s famous floating markets. However, if you want a truly authentic Thai experience, you should head to Amphawa Floating Market.